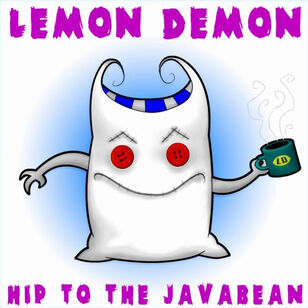 In an airplane, I was flying.
Just a flight attendant guy.
I can be clumsy, and I stumbled
Out the door into the sky.
Now I am falling through the air.
Wind and regret flow through my hair.
All I can do right now is stare down at the ocean.


I’m in a state of shock, but it’s something new.
I guess it all depends on your point of view. It’s true.


This is boring. Yes I’m falling,
But it’s taking quite a while.
My destination is impending.
Might as well go out in style.
I put my arms out to the skies,
Whistle a tune and close my eyes,
Trying to briefly realize perpetual motion.


Suddenly, giant tentacles rise from the open sea,
And with total precision they lasso me.
It’s a monstrous squid and he saved my life,
But I am too freaked out to be nice.
So I tell him the truth, that I’d rather fall.
No offense but at least it’s predictable.
Gotta stop stalling, I’ve got some falling to do.


I’m probably gonna die, but it’s something new.
I guess it all depends on your point of view. It’s true.

Retrieved from "https://lemondemon.fandom.com/wiki/I%27ve_Got_Some_Falling_to_Do?oldid=4896"
Community content is available under CC-BY-SA unless otherwise noted.